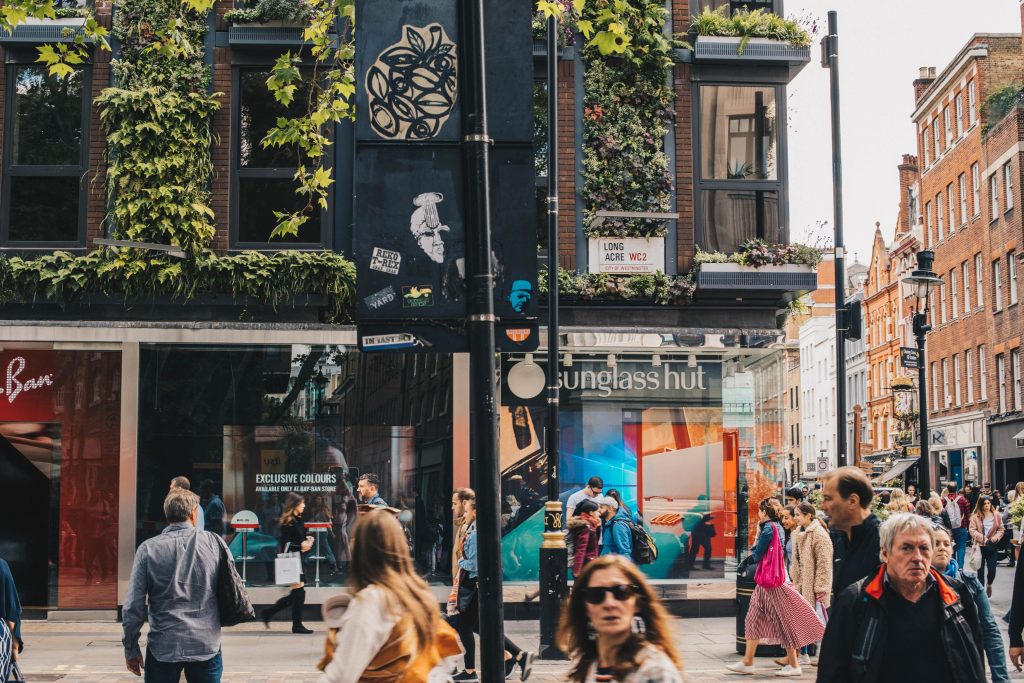 Derby George, a charming donkey, left his field in Surrey on an autumn morning in 2000 to travel to London’s Piazza in order to help unveil a plaque in memory of the working donkeys of Covent Garden. Here he is, standing patiently, harnessed to a costermonger’s barrow. His owner, Herdis Churchill, is a member of the South East Working Donkeys Group which commissioned the plaque. In the 1860s there were as many as 2,000 donkey barrows on a Saturday morning in Covent Garden Market.

The event was made possible because of fund-raising by the Pearly Guild (descendents of the costermongers).

A Pearly King hitches a ride as Derby George is led around the Piazza towards the plaque on the corner wall of Jubilee Market Hall.

Deborah Bull, Principal Dancer with the Royal Ballet Company, unveiled the plaque which can now be seen on the wall of Jubilee Market Hall by the corner with Southampton Street. She was presented with a magnificent bouquet created by Bloomsbury Flowers of Great Queen Street, Covent Garden (the florists are ex-ROH dancers).

In turn, Deborah Bull presented 12-year-old Derby George with a basket of carrots and greens (also made up by Bloomsbury Flowers). The date was October 4, appropriately the Feast Day of St. Francis of Assisi.

The unveiling was organised jointly by the Covent Garden Area Trust together with Westminster City Council. On the right, wearing the mayoral chain of office is the Deputy Lord Mayor, Councillor Catherine Longworth. 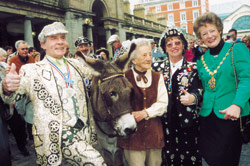 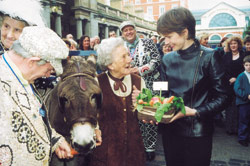 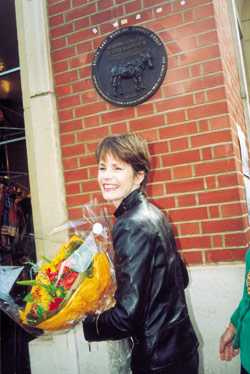 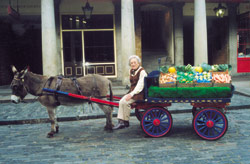