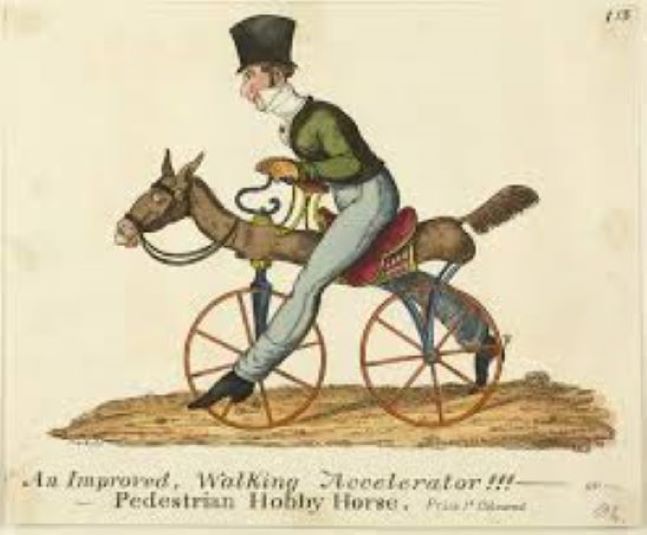 On July 2 1998 Tony Banks MP (right, with Councillor Alan Bradley of Westminster City Council) unveiled a plaque on Acre House, 69-76 Long Acre in Covent Garden. The plaque commemorates the site of the workshop where in 1819 Denis Johnson, a London coachbuilder, made the first “Pedestrian Hobby-Horse” – a bicycle without pedals. This machine was also known as the Walking Accelerator and it was advertised as allowing riders to travel “eight miles an hour”. Fashionable with Regency dandies, the Hobby- Horse’s heyday was in the years 1819 to 1821.

The official proposers of the green plaque were Covent Garden Area Trust and it was installed by Westminster City Council with financial sponsorship by the national Veteran Cycle Club.

Roger Street, author of a book about Denis Johnson (Artesius Publications) was dressed in Regency dandy costume and rode on an original Denis Johnson Hobby-Horse. This interesting machine formerly belonged to the first Earl of Durham and was lent by the National Cycle Museum of Holland.