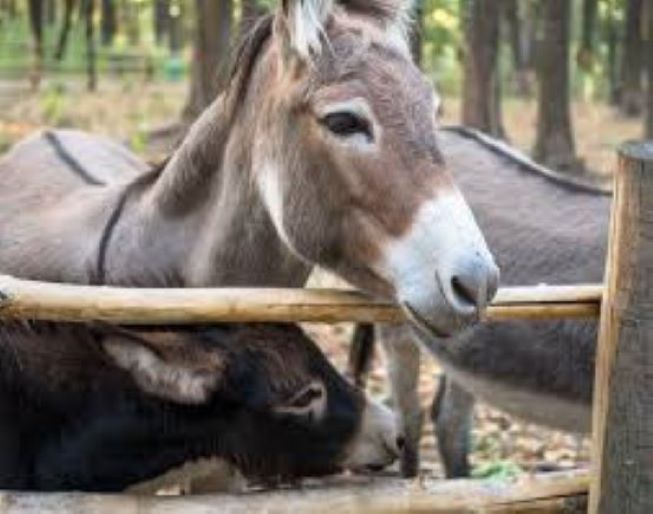 Look at an old picture of Covent Garden Market and the chances are you’ll see a donkey. A hundred years ago the Piazza was seething with donkeys. Before cars and lorries appeared on the scene they were, together with ponies and horses, the main form of transport. Because of their small size and wiry strength donkeys were useful for squeezing down London’s narrow alleyways pulling carts brimming with fruit and vegetables. In prints and paintings, back down the centuries, you often see them standing patiently between the shafts of a wooden cart, their long hairy ears swivelled back, not listening, in the way that elderly people switch their hearing aids off. Meanwhile the activities of the Market – men and women unloading wagons, piling baskets, shouting their wares – swirls around them.

In 1861 Henry Mayhew, describing London’s costermongers, wrote that “on a Saturday, the coster’s business day – it is computed that as many as 2,000 donkey barrows… visit Covent Garden during the forenoon”. The costermongers, who had originally specialised in selling apples (specifically the costard apple which grew in the orchards surrounding London) later broadened their trade to include a great variety of fruit, flowers and fish.

Covent Garden Market was a noisy, bustling, earthy place in the mid 19th century. Here is a contemporary snapshot view of the Piazza: “Against the railings of St Paul’s Church are hung baskets and slippers for sale and near the public house is a party of countrymen preparing their bunches of pretty coloured grass – brown and glittering as if it had been bronzed… Under the Piazza the costers purchase their flowers (in pots) which they exchange in the streets for old clothes… Men and women, selling different articles, walk about under the cover of the colonnade. One has seed cake, another small-tooth and other combs, others old caps, or pig’s feet, and one hawker of knives, razors and short hatchets may occasionally be seen driving a bargain with a countryman… As you walk away from this busy scene, you meet in every street barrows and costers hurrying home”.

The costermongers’ home life was inextricably linked to their donkeys. Mayhew wrote that the donkeys were often looked after like pets, treated with kindness. They had their share of the costermonger’s dinner: “when bread forms a portion of it, or pudding, or anything suited to the palate of the brute. Those well-used, manifest fondness for their masters are easily manageable”.

The costermongers told Mayhew that it was difficult to force a donkey to leave its stable for a second trip during a day unless it had been fed and slept in the interval. A donkey was fed a peck of chaff, a quart of oats and a quart of beans and sometimes a bundle of hay. The costermongers claimed that the donkeys lived well when they themselves made a decent profit.

The reason for the extraordinary popularity of donkeys as a beast of burden lies in their adaptability. Their native habitat is open scrubby terrain, the fringe lands of deserts. Their weird and startlingly loud ee-awing calls can be heard for two miles in such places. They can survive on a sparser diet than ponies and horses. They also live for longer – 40 years is not unusual.

W J Gordon writing in The Horse World of London 1893 describes the costermongers as beginning business selling goods from a basket, “from that he advances to a hand-truck; and from that, when he has amassed sufficient capital, he rises to the dignity of the donkey-cart, which first made an appearance amongst us in the days of Elizabeth, when donkeys first became common in these islands”.

Gordon’s happy description of the costermongers’ donkeys has them “pattering along with a briskness and assurance that can only come of contentment with their work and some of the smallest even are as active and ‘packed with power’ as one could wish, and with a quiet, fearless outlook, speaking volumes for their master”.

Many of the donkeys who pulled carts into Covent Garden Market lived a nice, cosy life in Stepney. In the Guardian newspaper, Dorothy Hartley recalled how, at the turn of the century, in the East End “there were rows of country-type cottages with shut-in gardens at their backs and the costers’ donkeys lived there behind the cottages and you could watch them in the morning coming out through the front doors; picking their way, neat-footed, over the babies playing in the narrow passage. Every coster owned a donkey, as one of the family, and those I knew were well cared for. The costers’ barrows and carts could be piled up in yards but when released, each donkey trotted off to his home, and if the door was ajar, he’d shove it open and walk in. They were very sociable and reliable donkeys”.

The huge increase in traffic – which in 1974 led to the fruit and vegetable market leaving the Piazza for Vauxhall – had earlier turned Covent Garden into a donkey-free zone.

Before the donkeys’ final departure they showed their disapproval – charmingly stubborn to the end. An onlooker describes what happened when, overnight, the traffic around Piccadilly Circus became regulated. “The police arrived at 5am – for early Covent Garden Market traffic, and the lorries and heavy dray carts jibbed a bit and a few late night revellers’ cabs resented it, but the costers’ donkeys just rebelled: they lay down and flatly refused to go the wrong way round. They had trotted up to the Market one way for generations. They knew which was the right way – the way they had always gone”. 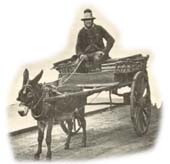